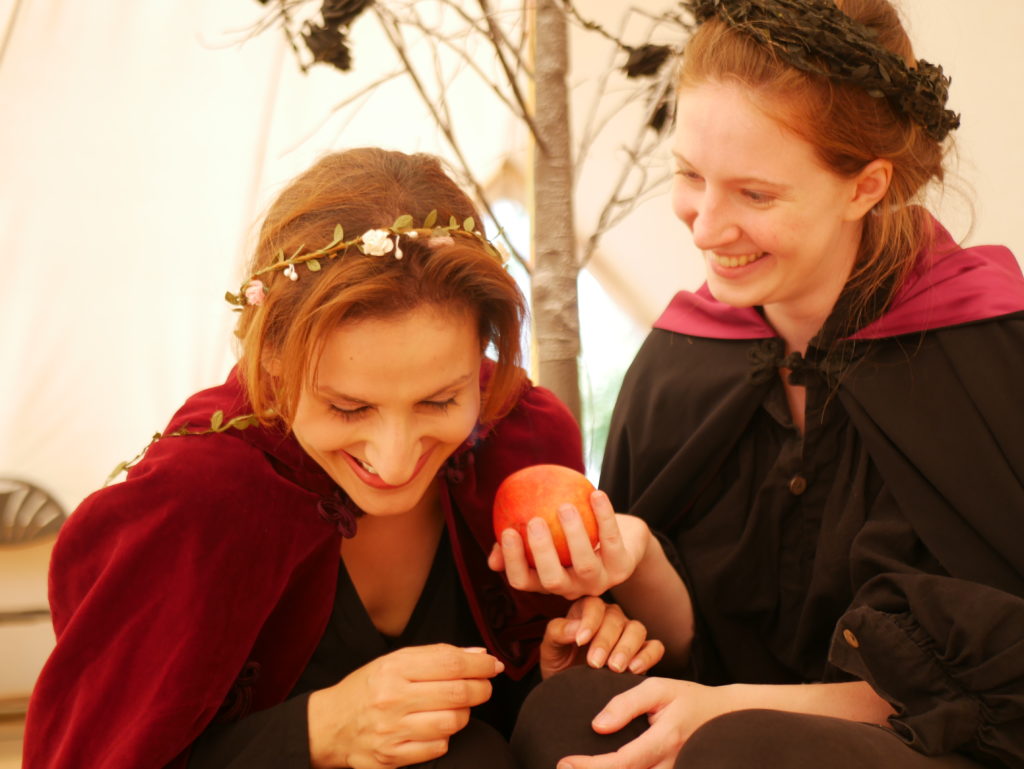 Perform Persephone with us!!

Have you ever wanted to act? Or perhaps you are already a keen actor – amateur or professional – who’s been missing the chance to tread the boards, to be part of a company, working together to create a piece of theatrical magic?  Would you like to take part in a performance you can invite your friends and family to attend (for free!) and show them what you’ve been doing with your time and your talents?  If so, we have just the short course for you!

In either five evenings (6.30pm-9.30pm each day) or two days (10am-5.30pm), we will guide you through the rehearsal process for our one-act play Persephone & the Pomegranate Seeds (a retelling of the classic Greek myth which we have been performing in various venues since May 2019), from beginning to end.  All costumes and props will be provided, and the rehearsal process will include everything from the initial readthrough and working through the text together, to sessions focusing on character, a basic introduction to stage combat, a dress rehearsal, and a final production that you can invite your friends and family to! 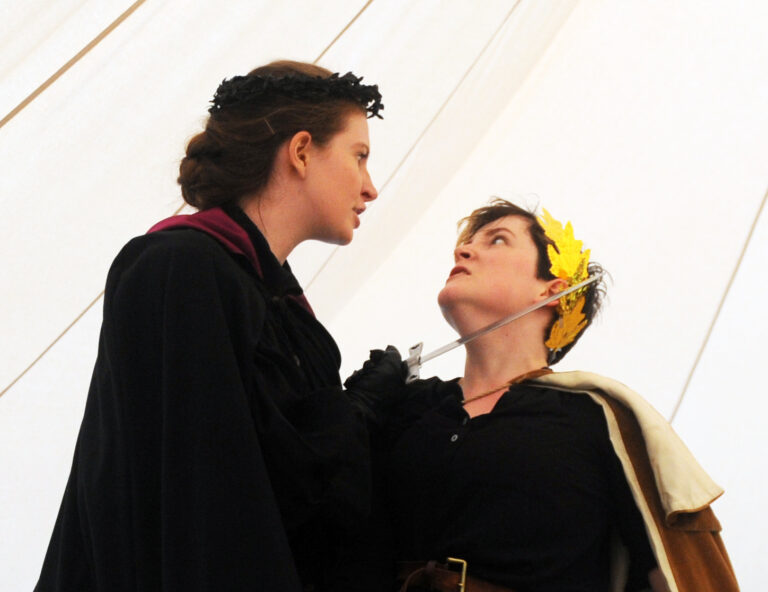 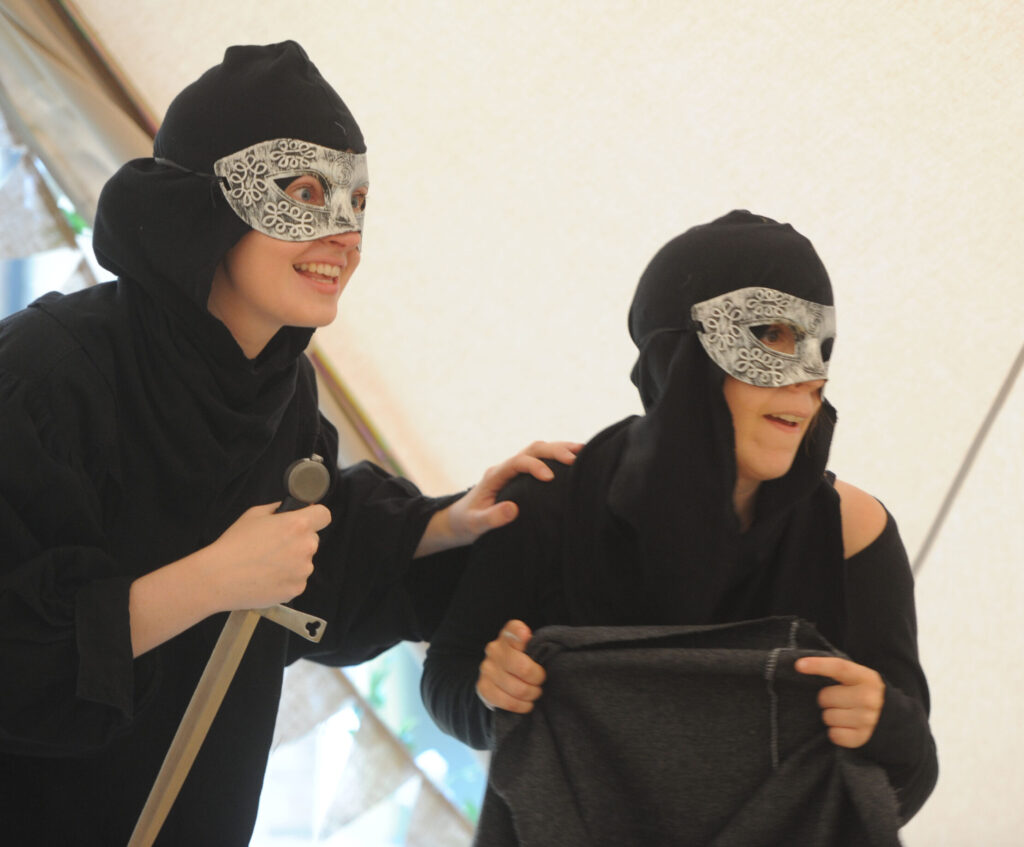 Places are strictly limited, with a maximum of six students for each of the two courses, ensuring that everyone gets the most possible out of the experience. Once you have paid we will email you over a form to fill out with your details.

To book a place, or to be added to our waiting list, please email us at: shadowroadproductions@gmx.com

Please note that social distancing will be observed – if you are attending together with someone from your household or support bubble, please let us know!  – but we are confident that this will not interfere with your enjoyment of the course.  All props etc will be rigorously sanitised, and students’ temperatures taken before each rehearsal. In the event of the course having to be cancelled due to any change in government regulation, you will be offered a full refund.  If you have any further questions or queries, don’t hesitate to get in touch.

"I am moved by the enthusiasm of you both - keeping the course so full of life. Every minute was my favourite, as each moment was a priceless learning experience."
"Can I come back to continue - I don't want it to end!"
"10/10"
"Please do let me know when you plan to hold the [next] course, I very much want to attend!"
"My deepest gratitude for this opportunity."
"It was amazing!"
"Thank you both for the class! It was great!"

She has directed casts ranging in size from fifty-one down to one – and in age from seven to eighty-plus! – and run a number of workshops for both adults and children.
Her work has been performed in a wide range of venues, from the West End to the Fringe.  Credits include all the plays in the Fireside Folktales collection (writer/director/co-producer/actor for Shadow Road at various venues), Robin Hood (writer/director/producer, London Wetland Centre), Jesus Christ Superstar (director, fringe), Dreams From The Pit (writer/director/co-producer, Palace Theatre), Californian Lives (director, King’s Head Theatre & OSO Arts Centre), Climate Change (writer, Fortune Theatre), Oswald’s Return (director/producer, OSO Arts Centre) and The Story (director, Theatre503).  She has also devised, directed and performed in numerous original productions, several of which were staged in aid of the Forces charity Combat Stress and one of which – Diamond Days – was commissioned by the Barnes Literary Society.
Emma’s training and experience onstage have contributed to her excellent understanding of and empathy with the various actors whom she directs, writes for, and performs alongside.  Part of the Fireside Folktales company, her recent roles have included Lady Macbeth in Macbeth: Sleep No More, Belle and The Ghost of Christmas Present in A Christmas Carol, and Persephone and Zeus in Persephone & the Pomegranate Seeds.
WordPress Twitter Instagram Linkedin 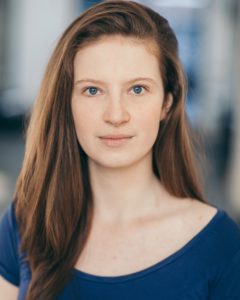 An actor specialising in theatrical violence and motion capture. Amy spent 2018 in Australia where she fight coordinated the feature film No Such Thing As Monsters.

Since returning, she has been busy performing in a number of Fireside Folktales’ performances, not least as Macbeth in Macbeth, Scrooge in A Christmas Carol and Hades in Persephone and the Pomegranate Seeds. Other notable performances include Nina in The Seagull (Wateryard Theatre), and Mary in Our Country’s Good (Phoenix Theatre Company), directed by Katherine Pogson.

Amy has recently been a guest teacher at Rose Bruford and has run workshops with the Melbourne Opera, Dreamhouse Theatre, and The Rose Theatre, Kingston.