“Don’t depend too much on anyone in this world. Because even your shadow leaves you when you’re in darkness.”
Ibn Taymiyyah (1263 – 1328)

This page focuses on UNBROKEN 2016, our debut festival.
For more on the subsequent festivals & the UNBROKEN Short Film Prize, please see the main UNBROKEN Festival website. 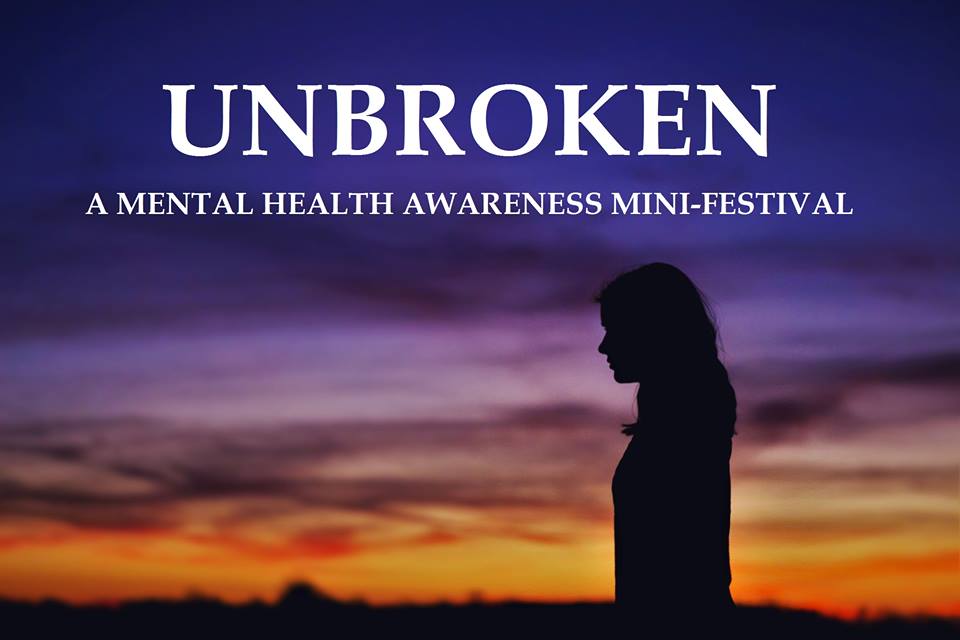 Monday 10th October 2016 – World Mental Health Day – saw the debut of our new mental health awareness mini-festival, UNBROKEN at Theatre503.  In addition to the main event – which showcased several pieces of new writing, spoken word, live music and choreography all examining the important issue of mental health from a variety of different angles – the festival also featured an art exhibition which the audience could both look at and, if they were feeling brave, contribute to, some live music and a post-show panel discussion, chaired by Andrew Shepherd, Theatre503’s Executive Director.

This mini-festival was the first of its kind for Shadow Road and our main aim was to increase awareness of the issues, to reduce the stigma surrounding them by opening up the conversation, and to confound expectations as to what a show about ‘mental health’ might involve!  Given the company’s enduring concern with the vital issue of mental health, however, we were always hopeful that this would be the first of many similar festivals and we are extremely grateful for Theatre503’s support. 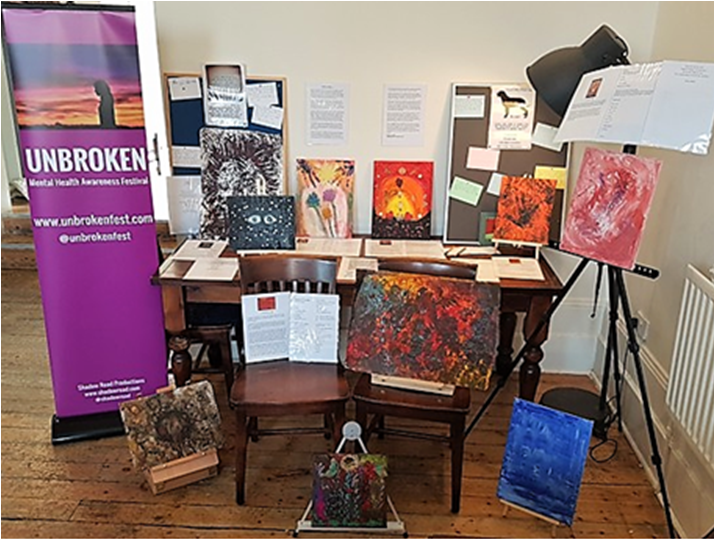 The whole evening was a sell-out, with fantastic feedback, and a result we were delighted to announce that UNBROKEN would return to The Frontline Club and Theatre503 from 28th-30th October 2017!

Bigger and better than before, together with all the elements that proved so successful last year, the 2017 festival also featured a talk on ‘Mental Health in Current Children’s Literature’ by Charlie Sheppard, Publishing Director at acclaimed children’s publisher Andersen Press; a funny and powerful play about adolescent mental health by award-winning playwright Ali Taylor. 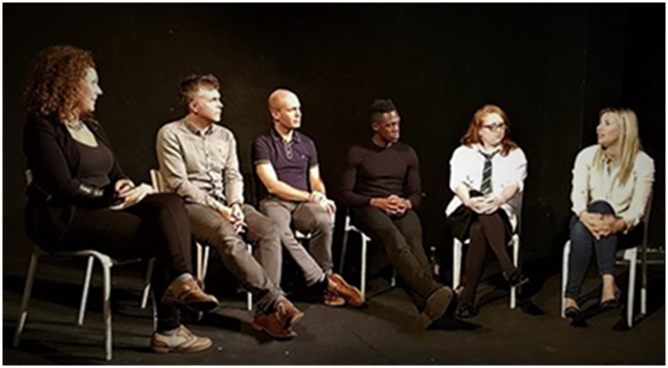 And – much to our delight – the inaugural UNBROKEN Short Film Prize, which allowed us to encourage the exploration of the issues via yet another art form.

Since then, the festival has continued to go from strength to strength with plans for the next one already well under way.  Please see the UNBROKEN website for more details and do get in touch if you’re interested in getting involved.  In the meantime, you might enjoy watching the following film from WinkBall Video who reported from the 2017 festival on its final evening, Monday 30th October:

“A truly inspiring evening and so well acted, written and presented.  As someone whose life has been affected by mental health issues, I was moved by all the pieces.  Well done and thank you.”

“This was a truly great performance.  Please continue.  Drama and theatre help people understand their ‘real life’.  I am looking forward to next year!!”

“An important topic, ripe for discussion… Important work – please carry it on.”

“A massive thank you for putting together ‘Unbroken’ last night!  It really was a wonderful festival and got everyone talking about mental health, something I am incredibly grateful for.”

Anthony Bunsee – In the course of his enviably long and varied career, Anthony, an experienced actor, has so far appeared in everything from The Kite Runner (Nottingham Playhouse & UK tour) to The Histories (RSC). His television credits include Hieroglyph, Borgias III, EastEnders, My Family & Hollyoaks. Films include The Informant, Sex and The City 2, Dorian Gray & One Crazy Thing.

Camilla Walters – Co-Producer of UNBROKEN and a working actor, Camilla has experience with the issues covered in the show.

Special thanks to Jessica Campbell, Andrew Shepherd, Lisa Spirling, Audrey Thayer, Bridget Rudder and the rest of the team at Theatre503, to David & Kay King-Farlow, Rachel Stephenson, Anthony Bunsee, Chiswick Theatre Arts and all our generous supporters, without whom none of our work would be possible.