““These are but shadows of the things that have been,” said the Ghost. “They have no consciousness of us.” The jocund travellers came on; and as they came, Scrooge knew and named them every one.”
Charles Dickens (1812-1870), A Christmas Carol 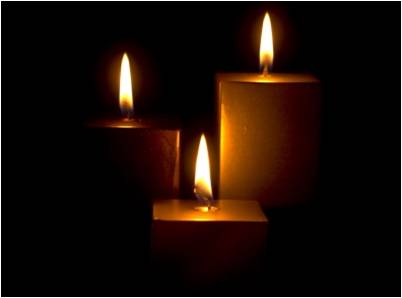 For two nights only, Shadow Road invited people to join them for an evening of festive poetry, prose, drama and music – the perfect way to start their Christmas celebrations.  Music was provided by the impressive choir of the Imperial College School of Medicine Music Society (with a little audience participation at times!) and performers included Rebecca Dunn, Ellie Hale, Ailsa Ilott, Emma King-Farlow and Daniel Robert-Leigh.

From a stable in Bethlehem to the WWI trenches in France, from Elizabethan England to Dickensian London, from Santa Claus to Scrooge and Silent Night – we offered it all and more…

Rebecca Dunn
Rebecca trained at Drama Studio London, graduating in 2004. Theatre credits include Blanche in King John, Grumio in The Taming Of The Shrew (Queens Film Theatre, Belfast), Amanda in Behind the Curtain, at The Kings Head, Islington, and at a Domestic Violence conference in Somerset, Mary Adams in Be My Baby and Office Manager in Snapshots, Cush & Isobel in The Ark, The Bride And The Coffin, all directed by Andrew Neil for Fluff Productions at The Old Red Lion. She has appeared in short films for The New York Film Academy, and has played Hackney’s very own Marilyn Monroe in the cabaret: A Special Occasion. She spent last summer cavorting in the woods playing dippy blonde, Fanny, in the feature film Loony In The Woods. Dir Leo Leigh, Ramar productions.


Ellie Hale
Whilst training at Drama Studio London, Ellie’s roles included Julia in Noel Coward’s Fallen Angels and Private Lil in The Passing Out Parade.  After graduating she started her own company, Upstaged Productions, and performed Diana Raffle’s Camp Confidence at the Hailsham Arts Festival.  An acting tutor at The Gifted & Talented Summer School, she co-directed their feature film, Get Santa.  Whilst performing in Countdown, she was also playing Dame Bumble in pantomime!


Ailsa Ilott
After graduating from Drama Studio London, Ailsa started her own theatre company, And You Will Know Us By…, and became a member of Fluff Productions, the all female theatre company.  Her credits include Storm in the Willows (The Albany), Richard III (The Bloomsbury), and, at DSL, The Passing Out Parade, For Services Rendered, As You Like It, The Winter’s Tale and Uncle Vanya.


Emma King-Farlow
See here for main biography.  A Countdown to Christmas saw Emma once again sharing a stage with old friend Alexandra Cope.  Alex was the first person to whom Emma turned in order to bring Countdown to life and, having agreed to do just that, she appeared as a member of the marvellous ICSM choir.


Emily North (unable to appear due to illness)
Emily’s theatre credits include Dolores in Be My Baby, Sally in Snapshots, Doreen & Karen in The Ark, The Bride And The Coffin (all for Fluff Productions), Maid Marion in Pyramid Productions’ tour of Robin Hood and Emily Holt in Me and Michael – A Motorway Tale (Bowman Productions).  Film credits include Chorus Again (Cardiff Films), Pie (E.L.U.) and The Lodger (Eudaimonia Films).  She also played a Witch from Macbeth in the the Discovery Channel’s Documentary True Horror with Anthony Head!


Terry Oakes (unable to appear due to illness)
Terry studied at the University of Wales in the prehistoric days of the late 1960’s where he directed The Crucible. More recently, he performed in Bartholomew Fair at Questors in Ealing and as Sir Henry in The Hollow with the Riverside Players in Kent. He taught at Lowther Primary School in Barnes for twelve years and has lived in the village for over twenty years.


Daniel Robert-Leigh
Some years after leaving school, Daniel made his first foray back into the world of theatre, appearing in Emma King-Farlow’s production of C.S. Lewis’s The Voyage of the Dawn Treader. He played the stern Governor Gumpas, the dashing Lord Rhoop and a loveable one-legged Thumper! Having enjoyed the experience, he once again found himself bitten by the acting bug and went on to study acting at the Method Studio in London and enrol with the Sharon Harris theatrical agency. Subsequent roles included Jeff Nixon in Teechers, Plain, the Ugly Sister in Cinderella and Nick in How to Pick Up Girls.  After joining the East Actors Company, Dan played Robbie in the exciting new play Full English (written by Remo Gimmi, a founding member of the Company) and then made his directorial debut with the play Two by Jim Cartwright. TV and film credits include Hitman in the pilot episode of new drama Integrity, commercials for both the NHS and drinks company Diageo, and the Interviewer in Emma’s short film Absolution.


Tom Smith – Choir Director
Whilst at school, Tom studied the piano and the organ and was a member of his local church choir, with whom he has travelled and performed in cathedrals in Birmingham, Liverpool and Worcester to name but a few. As an organist he has played in both Venice and Barcelona and was offered the organ scholarship to St John’s College Oxford in 2004, a position he did not take up due to his commitment to studying medicine.  Tom began studying medicine at Imperial College School of Medicine in 2005 and through his percussion playing with the Imperial College Symphony Orchestra (ICSO) met Richard Dickins from whom he has received conducting lessons.  Tom is now in his third year at ICSM and is directing the medical school choir for a second year, after two very successful concerts last year performing Vivaldi’s Gloria and Haydn’s Creation to celebrate the 10th anniversary of the medical school.